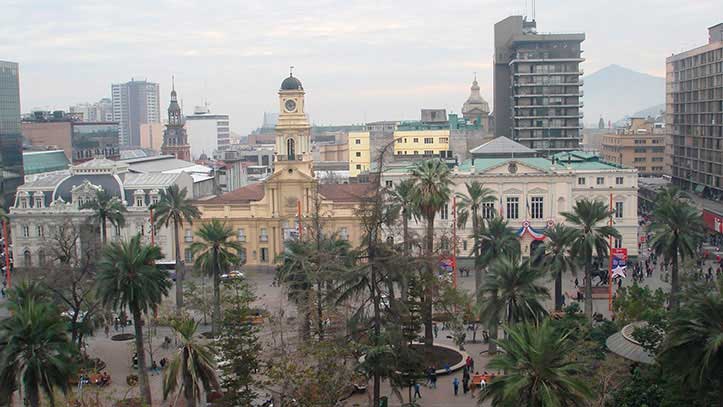 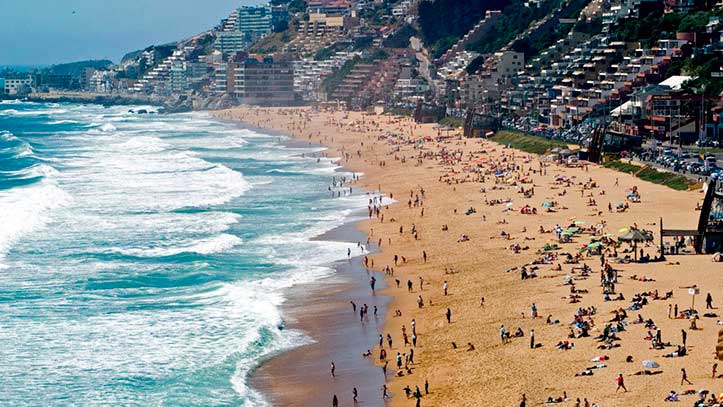 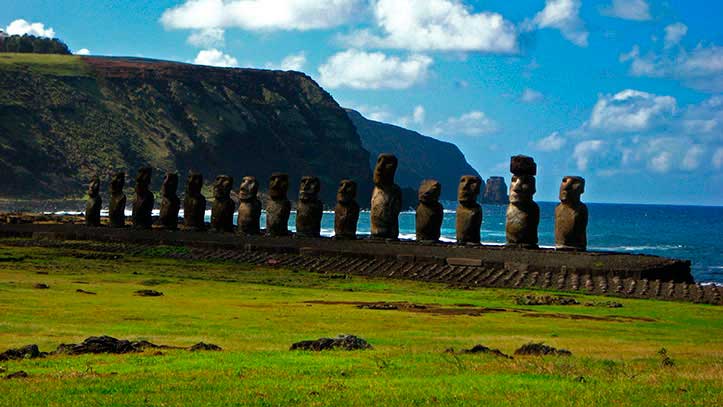 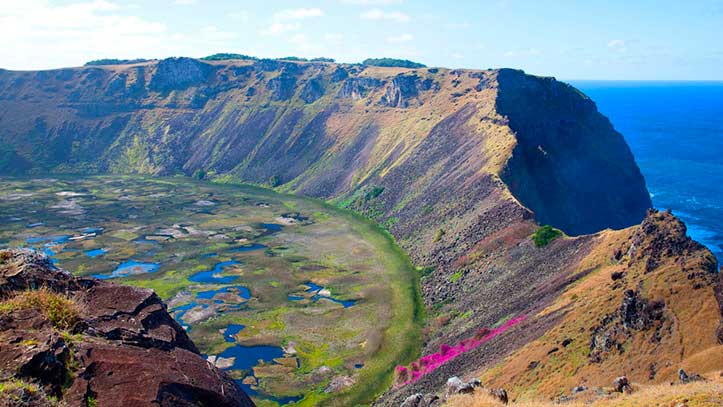 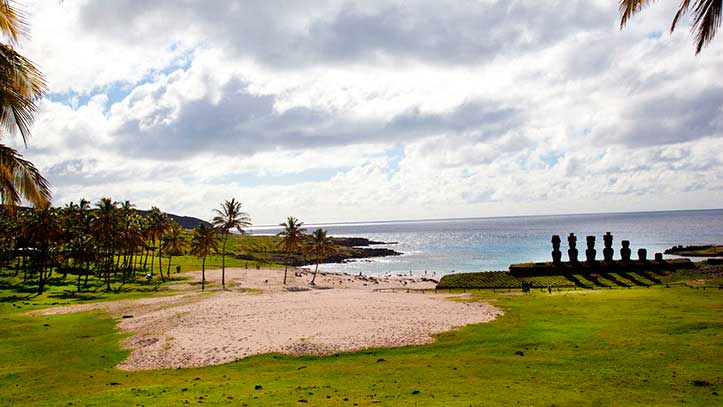 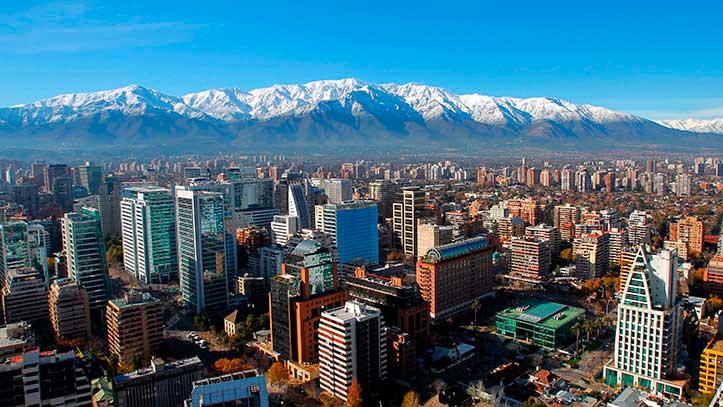 Flight to Santiago di Chile, transfer to the hotel, free time.
We will start our CITY TOUR after breakfast. Your group tour takes you through the main streets of Santiago's center with its many different architectural styles. You'll pass the neoclassical Moneda Palace, built in the 18th century and current seat of Government; the Plaza de Armas, or main square, with its cathedral; the Museum of National History; and the Central Post Office. Then continues to the Parque Forestal, based on Paris' Champs-Elysees and Santa Lucia Hill, where the city of Santiago was founded in 1541. After that we will continue to the bohemian area of Bellavista and climb the Saint Lucia hill for a panoramic view of Santiago with the Andes mountains in the background. Later we will have a visit to the handicraft village of Los Graneros del Alba. This attraction is closed on Mondays, when an alternative attraction is substituted. After long day we will go back to the hotel.

This day is fully dedicated to two full of character cities by the sea: Viña del mar and Valparaiso. We will depart for the central coast traveling through the valleys of Curacavi and Casablanca with its famous wineyards where are producing one of the best wines in Chile. After we will continue to the coast and visit the beach area of Renaca and the town of Viña del Mar, known as the Garden City for its pretty parks and flower lined streets. Visit the Gaming Casino and the coastal road. In the afternoon we will continue to the picturesque port of Valparaiso built in the 16th-century on a total of 43 hills which are reached by narrow windy streets, staircases and a series of lifts (funiculars). This area has been declared by UNESCO as patrimony of humanity due to its eclectic architecture and urban development. After we are coming back to Santiago where we will rest before another day – visit wine valleys.

This day we will have a transfer to the airport and flight to Easter Island. After arriving at Mataveri Airport, you will meet your guide and transferred to your hotel for your evening’s accommodation. Once here, the rest of the day and night is yours to explore by yourself.

After breakfast, your tour of Easter Island begins with a visit to see the Manutara bird paintings of Ana Kai Tangata cave, sacred to the warriors of Easter Island. Next, see the huge lagoon crater of Ranu Kau volcano and visit the ceremonial city of Orongo at its base. Here, admire the island’s greatest concentration of petroglyphs, depictions of the Tangata manu birdman creator god. In the afternoon we will visit the Ahu Akivi archaeological site in the island’s heart, and hear the legends of Ahu’s seven moai (famous head statues). On the way back to your hotel, visit the small town of Hanga Roa, where the statues’ signature red stone hats, or topknots, were quarried and sculpted.

Breakfast and after we will go to a full-day excursion to the ruins of the temple of Akahanga, where you’ll see the moais’ topknots lying tumbled on the ground. After that we will continue to visit the Rano Raraku volcano, whose rock was used to carve the island’s moai statues. Thee is possibility to climb to the edge of the crater and peer within to see the volcano’s lake and see moai in various stages of construction scattered around. After that we will go to Ahu Tongariki, you’ll see where many moai were toppled by a large sea quake in 1960. In the afternoon, go for a swim at Anakena beach before revisiting the town of Hanga Roa and returning to your hotel.

Transfer to the airport. End of trip.
DAILY DEPARTURE CONFIRMED 100% GUARANTEED DEPARTURES
Every departure is now guaranteed to run. Yup, all of them.
Our Travel Agency is pleased to present our guests with a variety of favorite
tour programs that are available on a daily departure basis. With a minimum
of 2 passengers, we offer tours to Perú and Southamerica and many other well-known
destinations in America every day throughout the year. 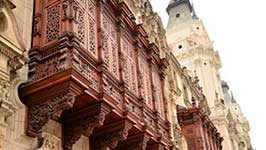 PERU FROM A TILL Z
TREKKER/EXPLORER

Why we are the best